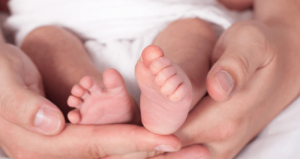 ” A Nation that kills its own children has no future.”

John Paul II to the Poles

It is a prayer for the adopted child and its parents. It lasts nine months similarly as a woman’s pregnancy.

Spiritual Adoption of the Conceived Child was initiated by the Blue Army of Our Lady of Fatima. Information on this initiative has penetrated to Poland through the article by Paweł Milcarek, published in the “Knight of the Immaculate” of January 1987. In Poland, the initiative sprouted in the Pauline Church of the Holy Spirit in Warsaw at Dluga Street No. 1. A group created under the name of the Generational Guard (Straż Pokoleń). The first Spiritual Adoption was made on February 2, 1987.

At the beginning of 1994, the Spiritual Adoption Movement was founded, under the patronage of the Prior of the Jasna Gora monastery. On 25 and 26 of March 1994, at Jasna Gora in Czestochowa took place the promotion of Spiritual Adoption and the first vows of the miraculous image of Our Lady Queen of Poland.

Spiritual Adoption is a vow whose content is a prayerful commitment undertaken by a particular person for the purpose of saving a child’s life in the womb and the righteous and just life after the birth of a child whose name is known only to God.

The essence of Spiritual Adoption is a daily prayer for nine months and includes a special prayer for the child and its parents, as well as one of the mysteries of the Rosary, and voluntary religious practices such as Holy Communion, fasting, active support of charitable work (single mothers, large families, the elderly, the sick, etc.). A great commitment can also be to win new followers of Spiritual Adoption and apostolate in defense of life.
The essence of the vows

In a religious and theological sense, the vows are the promise made to God to do or abandon something, and the object of this promise is a higher good beyond what we are bound by the law itself, natural or positive. For example, the subject of the vows can not be participation in Sunday or holiday Mass, because we are obliged to do so by divine and ecclesiastical law. We may, however, vow an additional participation in the Eucharist or other devotions.

The vows can also be abandonment of something. This can be expressed in certain restrictions, regarding for example consumption of beverages, decent entertainment, food intake (fasting).

In the case of Spiritual Adoption, the basic purpose of the vows is prayer for the conceived child and its parents (one mystery of the Rosary each day for nine months) and the sacrifice (in whatever form) to compensate God for the sins of infanticide.

The vow is valid when it is taken as a free and conscious decision. Everyone is required to carefully consider the decision to be made, because failure to meet the promise, neglecting and disregarding the obligations resulting from the vows is a moral disorder, and as such is a sin.

The vows of Spiritual Adoption last nine months, which is the average period from the moment of conception to baby’s birth.

The vows as a promise made to God also have a great religious value for the person taking them. This strengthens his or her moral stance, mobilizes more for the earnest Christian life, deepens the bond between man and God. And while some people criticize the vows, considering them to be a limitation of man and his freedom, it must be stressed that such “restriction” is most worthy of being made by a free human choice, a personal decision, and thus a full freedom obtained in selfless sacrifice to God.

The person who undertakes Spiritual Adoption fulfills the honorable act of sacrifice. Although such person will never see the child, will not hug it, press it to his or her heart, she or he still defends its life. Speaking the words of the prayer, the person also asks Jesus to change the attitude of parents to the endangered child, to renew, correct their mentality so that they could understand that the family is an indispensable community, but it will fulfill its role only when it is built on mutual love.

It is very important that especially young people, schoolchildren, students, young couples take the Spiritual Adoption. If they undertake a sacrifice to pray for the salvation of one unknown child, they will never allow the death of their own conceived child.

Taking Spiritual Adoption as a prayerful individual commitment initiates collective promises made by a group of people in the church, during a solemn Mass or vespers, on one of the feasts (e.g, of the Mother of God, preferably on the Feast of the Annunciation). The ceremony itself should be given a rich setting. It is also possible to take vows outside the church, for example, in case of the elderly, sick, disabled, and later – lay them down on to the hands of the priest.

Holy Mother of God and Mother of Good Counsel! We promise you, with our eyes fixed on the Bethlehem Crib, that from now on we will all be guarding the nascent life. We will fight in defense of every child and every cradle as well as our fathers fought for the existence and freedom of the nation by giving their own blood in abundance. We are more inclined to die than to cause death to the defenseless ones. We will consider the gift of life to be the greatest grace of the Father of All Life and the most valuable Treasure of the Nation.

Spiritual Adoption in the Church of the Holy Spirit in Warsaw at Dluga Street No.1, corner of Freta Street.

February 2, Feast of the Epiphany (Candlemas)

March 25 Celebration of the Lord’s Annunciation

May 31 Feast of the Visitation of the Blessed Virgin Mary

On every second Monday of the month, Spiritual Adoption Family meetings are held starting at 5.00 p.m.

Formula for Promise of Spiritual Adoption

I praise you, Father, Lord of heaven and earth, because you have hidden these things from the wise and learned, and revealed them to the simple. Yes, Father, because it was your pleasure,

We repeat after the celebrant or individually:

Blessed Virgin Mary, Mother of God, all Angels and Saints. Being aware of the desire to help in the defense of the unborn, I ………… strongly undertake and promise that from the day of the feast / celebration ………… I take in the Spiritual Adoption of a child whose name is only known to God, and promise to pray for nine months every day for its life saving and for just and righteous life after birth. These prayers will be:

One mystery of the Rosary

The prayer that I will say for the first time today.

Lord Jesus, through the intercession of your Mother, Mary, who gave you birth with love, and with the intercession of St. Joseph, the guardian who took care of you after birth, I ask for the unborn child, whom I have spiritually adopted and who is in danger of being killed. Please, give its parents the love and courage to keep alive their child, which you have given it. Amen

Answers to the most frequently asked questions:

Contact the Spiritual Adoption Centers where you can get materials, full information and help with ceremony of taking vows.

JASNA GORA FAMILY OF THE ROSARY

It was born on June 6, 1968, by the efforts of Fr. Bronisław Matyszczyk, in the period of religious renewal of the Polish nation, during the celebration of the Millennium of the Baptism of the Polish State,.

It was legally validated by the Primate of the Millennium Stefan Cardinal Wyszynski. The patron of the Jasna Gora Family of the Rosary is the Holy Father John Paul II, who in 1997 personally signed the statute.

The current Director of the Jasna Gora Family of the Rosary is Fr. Bogumił Schab, who took over the care of the FAMILY since January 10, 2003.

As of today, the community of the Jasna Gora Family of the Rosary is present almost in the whole world: in both the Americas, Australia and Europe, where it enjoys great interest in Sweden, Germany, Austria, Ukraine, Latvia and Lithuania.